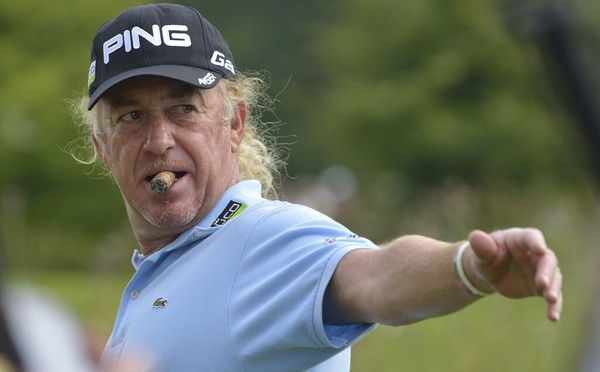 Born into simple circumstances as the fifth of seven sons, he left school behind at the age of 15 and from then on earned his first money in a car repair shop.

Supposedly, this is how he got his nickname "The Mechanic". (According to other sources, this nickname is due to Jiménez's exceedingly steady playing style). Miguel and his brothers also supported the family financially by collecting balls and working as caddies at the nearby Torrequebrada golf course.

Jiménez's love of golf was sparked when he himself also teed off balls on the club's golf range from time to time.

Ignition for the future

In 1979, Jiménez saw professionals such as Seve Ballesteros, Sandy Lyle and Sam Torrance play live at the Spanish Open in Málaga. This led him to the decision to become a professional golfer himself.

With ambition and drive, he then traveled around the country from one golf competition to the next, finally earning professional status at the age of 18. Since then, he has recorded many successes on his scorecard.

He started on the European Tour in 1988 and steadily improved over the next few seasons. Then, in 1992, he managed his first victory at the Piaget Belgian Open.

4th place in the money rankings

And finally, after some mediocre seasons in 2004, the Spaniard came to a new 4th place in the money ranking and again four tournament victories, the most in that year.

Jiménez kept his form in 2005 with victories in the Hong Kong Open and the Celtic Manor Wales Open. More tournament wins followed in the 2008 and 2010 seasons.

Over the Christmas holidays in 2012, Jiménez suffered a serious injury. In a skiing accident in Spain's Sierra Nevada, the professional golfer broke his tibia and had to take several months off.

In May 2013, he played his 600th tournament on the European Tour at the BMW PGA Championship.

He celebrated his debut on the Champions Tour in April 2014 with a tournament victory at the Greater Gwinnett Championship in Duluth, Georgia.

Oldest winner on the European Tour

Today, the father of two sons from his first marriage shuttles between Spain, the Austrian home of his second wife, Susanna Styblo, and his winter home in the Dominican Republic to train year-round.

He has also been running a golf academy near his birthplace since 2013 and regularly hosts tournaments for young junior golfers. In this way, he wants to pass on his passion for the sport.

In his private life, Jiménez, a man of pleasure, loves fast cars, especially Ferraris, Rioja red wine and fine cigars, although he sometimes smokes one during his round of golf.

This reflects Jiménez's special attitude to life and work: he doesn't take it as hard as many of his colleagues do, but retains his passion for sport and lives it to the full through his attitude of enjoyment.