Posted by: Kai 4 weeks ago 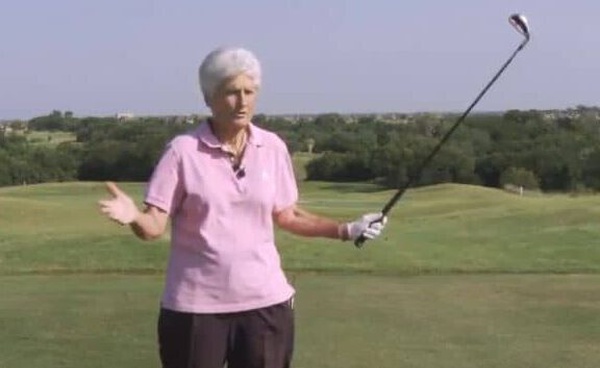 Kathrynne Ann Whitworth (born September 27, 1939) is an American golfer. During her playing career she won 88 LPGA Tour tournaments, more than any other on the LPGA Tour.

In 1981, she became the first on the LPGA Tour to reach $1 million in earnings. She is a member of the World Golf Hall of Fame.

She began playing golf at age 15 and won the New Mexico State Amateur Championship in 1957 and 1958.

Whitworth attended Odessa College in Texas. She turned professional at age 19 and joined the LPGA in December 1958.

In 1962, the young woman won her first tournament, the Kelly Girls Open. She went on to win a total of six major championships. She was LPGA Player of the Year seven times between 1966 and 1973, won the Vare Trophy for the best scoring average by an LPGA Tour player seven times between 1965 and 1972, and was inducted into the World Golf Hall of Fame in 1975.

At least one title each for 17 years

Whitworth won at least one title in 17 consecutive years - a record she shares with Jack Nicklaus, who is four months younger.

She was named Sportswoman of the Year by the Associated Press in 1965 and 1967. She was named "Golfer of the Decade" by Golf Magazine for the years 1968 through 1977 during golf's centennial celebration in 1988. In 1985, she was awarded the William Richardson Award by the Golf Writers Association of America for consistently outstanding contributions to golf.

Whitworth captained the U.S. team in the inaugural Solheim Cup in 1990.

In 1974, Whitworth won the Orange Blossom Classic. It was her fifth triumph in the tournament, which was also known as the St. Petersburg Open during its existence. Only three other LPGA golfers have won the same tournament five times.

Never fond of the spotlight

Kathrynne Ann Whitworth was never a woman who particularly enjoyed being in the spotlight. She apparently still isn't today. When asked what she, the most successful female golfer in history, wanted to be remembered for, "Kathy" Whitworth once replied, "I think being remembered at all is enough."

She doesn't feel special just because she has won more golf tournaments than any other person on the planet, with 88 titles. "I'm not exceptional, I've just been fortunate to be so successful," Whitworth asserts.