Posted by: Kai 2 months ago 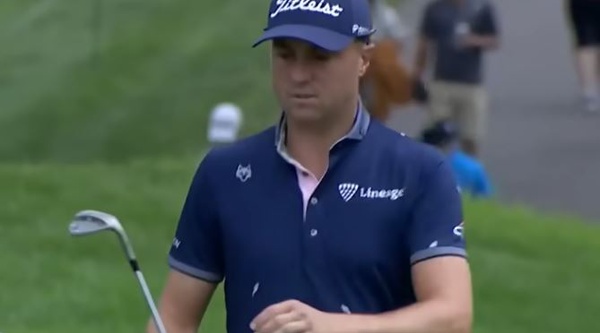 Justin Louis Thomas (born April 29, 1993 in Louisville, Kentucky) is an American professional golfer who plays on the PGA Tour and is a former world number one.

In 2017, Thomas experienced his breakthrough year. He won five PGA Tour events and the FedEx Cup championship. He went on to win two major golf championships: the 2017 and 2022 PGA Championship. In May 2018, Thomas became the 21st player to top the Official World Golf Ranking.

Thomas was born April 29, 1993, and grew up in Louisville, Kentucky. He attended North Oldham Middle School. Prior to his junior year of high school, he played in the Wyndham Championship on the PGA Tour in August 2009 and became the third youngest to make the cut in a PGA Tour event at 16 years, 3 months and 24 days.

He played college golf at the University of Alabama, where he finished first six times for the Crimson Tide. As a freshman in 2012, he won the Haskins Award as the most outstanding collegiate golfer. He was on the 2013 national championship team.

Justin Thomas' father, Mike Thomas, has been the head professional at Harmony Landing Country Club in Goshen, Kentucky, since 1990. Thomas grew up an avid fan of his hometown Louisville Cardinals.

Thomas turned pro in 2013 and earned his tour card on the Web.com Tour through Qualifying School. He won his first professional event at the 2014 Nationwide Children's Hospital Championship.

Thomas finished fifth in the 2014 Web.com Tour regular season and third after the Web.com Tour Finals, earning his PGA Tour card for the 2015 season.

In 2015, Thomas collected seven top-10 and 15 top-25 finishes, with fourth-place finishes at Quicken Loans National and the Sanderson Farms Championship his best results. He finished 32nd at the PGA Tour's FedEx Cup, losing the Rookie of the Year Award to Daniel Berger.

On Nov. 1, 2015, Thomas earned his first PGA Tour victory by winning the CIMB Classic in Kuala Lumpur, Malaysia, by a single stroke over Adam Scott. He overcame a double bogey on the 14th hole in the final round and holed a 1.8-meter par putt for the win.

Thomas successfully defended his title at the CIMB Classic in October 2016 for his second Tour victory.

Thomas won the SBS Tournament of Champions in January 2017 for his third PGA Tour victory.

At the 2017 Sony Open in Hawaii, Thomas became the seventh player in PGA Tour history to shoot a 59. He became the youngest player to post a sub-60 round. Thomas finished with rounds of 64, 65 and 65 to win the tournament by 7 strokes.

At the Dell Technologies Championship, Thomas became only the fourth golfer to win five times, including a major, in a PGA Tour season since 1960 before his 25th birthday, joining Jack Nicklaus, Tiger Woods and Jordan Spieth.

In October 2017, Thomas won the third event of the 2017/18 season, the CJ Cup in South Korea. He defeated Marc Leishman with a birdie on the second extra hole of a sudden-death playoff. The victory was Thomas' seventh on the PGA Tour.

In February 2018, Thomas claimed victory at the Honda Classic in Palm Beach Gardens, Florida. The win moved Thomas to the top of the FedEx Cup leaderboard and third in the world rankings.

The following week, Thomas lost in a sudden-death playoff to Phil Mickelson at the WGC-Mexico Championship. He moved up to second in the world rankings as a result, a career best.

Thomas had another chance to claim the top spot in the world later in March at the WGC-Match Play, but he was beaten by Bubba Watson in the semifinals.

He then lost the consolation match to Alex Norén to finish fourth. The result extended his lead at the top of the FedEx Cup standings and narrowed the gap to world number one Dustin Johnson.

At the top of the world for 4 weeks

After the 2018 Players Championship, Thomas replaced Johnson as the world's number one golfer. He lost that ranking after four weeks when Johnson won the FedEx St. Jude Classic.

On Aug. 18, 2019, Thomas played 25-under par to win the BMW Championship at Medinah Country Club outside Chicago. This was the second leg of the 2019 FedEx Cup Playoffs, which consist of three tournaments, and moved Thomas into the lead in the FedEx Cup standings before heading to the Tour Championship at East Lake Golf Club.

In December 2019, Thomas played on the U.S. team in the 2019 Presidents Cup at Royal Melbourne Golf Club in Australia. The U.S. team won 16-14, with Thomas going 3-1-1 and losing his singles match on Sunday to Cameron Smith.

At the top of the world for the second time

His three-stroke victory at the WGC-FedEx St. Jude Invitational at TPC Southwind in Tennessee on Aug. 2, 2020, marked his 13th career win on the PGA Tour. That moved Thomas into first place in the Official World Golf Rankings for the second time in his career.

In March 2021, Thomas played a final round four-under-par 68, winning the 2021 Players Championship by one stroke over Lee Westwood.

Thomas qualified for the U.S. team at the 2022 Presidents Cup; he won all four matches along with Jordan Spieth, but lost in singles.

A scandal occurred on January 9, 2021, during the third round of the Sentry Tournament of Champions in Hawaii. Thomas used a homophobic term to express his anger over a missed putt. Although he later expressed remorse for the incident and called his language "inexcusable," sponsors Ralph Lauren and Woodford Reserve ended their business relationship with him.