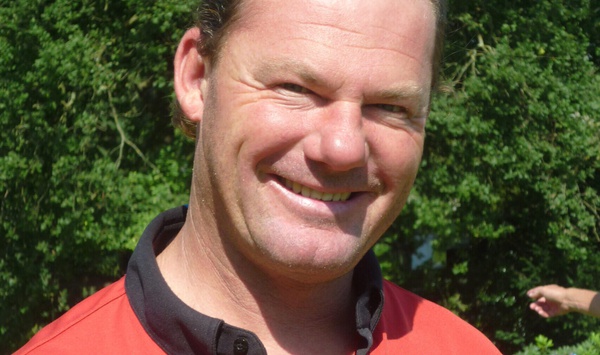 Born in Czechoslovakia, Cejka came to Germany as a teenager and obtained German citizenship.

From Europe to the USA

In 1995, he won the prestigious Volvo Masters at Valderrama Golf Club, in addition to two other tournament victories on the European Tour. After a few years in Europe, he moved to the United States, where he qualified for the PGA Tour in 2002.

He was spared that in 2007, when a strong finish to the season (two top-10 finishes in the final three tournaments) placed him among the top 125 on the money list, guaranteeing him a right to play in the 2008 season. Apart from Alex Cejka, only German Bernhard Langer had this right to play at the time.

The annual pro-am tournament Out of Bounds, which takes place before the BMW International Open in Munich and is organized by Richard Rayment (RDI Sports), Cejka's former manager, was initially called Alex & Friends.

In 2008, Alex Cejka changed his clubs. Instead of the Srixon brand, which he had used successfully on the tour for three years, he chose clubs from Callaway Golf, with which he had already achieved his earlier successes.

In the 2009 season, Cejka was able to put some exclamation marks on the PGA Tour, but without being able to celebrate the big success. At the Verizon Heritage in April, for example, he finished first after the first 18 holes, but fell back to 13th place over the course of the weekend.

Even more dramatic was his performance in May at the Players Championship, the unofficial fifth major. There, Cejka led by 5 strokes after three rounds, but fell back to 9th place after a weak final round alongside runner-up Tiger Woods, just managing to salvage his first top 10 finish of 2009.

Alex Cejka finished 2010 in 91st place in the US PGA Tour rankings. His best result was a third place. In 2011, due to a grass allergy, he did not manage to obtain the right to play and in 2012 he played only a few tournaments each on the PGA Tour and on the European Tour. He narrowly missed qualifying for the PGA Tour at the end of 2012.

Eligibility for the PGA Tour missed for 20154

In 2013, Cejka played on the second-tier U.S. Web.com Tour, where he finished 64th at the end of the season, missing out on full eligibility from the top 50 in the rankings to join the PGA Tour.

In the 2014 Web.com Tour season opener, he managed to win the Pacific Rubiales Colombia Championship in Bogota, his first victory in his 301st appearance in tournaments on the PGA Tour (PGA, web.com, Nationwide Tour); at the end of the season, he achieved eligibility to play on the PGA Tour with a 6th place finish.

Returning to the PGA Tour in 2015, he won a PGA tournament for the first time in his 287th start after beating four competitors in a playoff at the Puerto Rico Open. He is only the third German to achieve this, after Bernhard Langer and Martin Kaymer.

He finished the 2014/2015 season ranked 71st on the Fedexcup list, his best finish since the Fedexcup system was introduced in 2007.

On the Champions Tour since 2021

Cejka has been playing on the PGA Tour Champions since 2021, where he won two tournaments in his first year: the Major tournaments Senior PGA Championship and Regions Tradition.